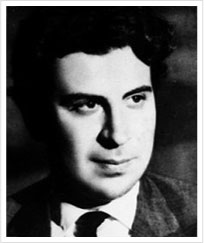 Μίκης Θεοδωράκης
----------------------------------------------------------------------------------------------------------------------------------
GREETING BY MIKIS THEODORAKIS AT THE “CRISIS AND DEMOCRATIC LEGITIMACY” ONE DAY SEMINAR, ORGANISED BY THE ASSOCIATION OF PRISONERS AND EXILED RESISTORS OF 1967-1974, ON THE OCCASION OF COMPLETING 68 YEARS FROM THE ELIMINATION OF NAZISM ON MAY 9th, 1945.
Nazism was the absolute evil throughout the whole human history. And it is shameful that it may be considered by some as a political and ideological movement, when in fact it was the most heinous form of criminal activity, given that it educated and guided millions of sadist torturers whose acts are an eternal disgrace to the human race.
As a human being and as a Greek, I feel ashamed to have to discuss about these atrocities and even more so from a position of defense, if not apologizing. Because frankly I never thought, especially in our country where the weepings of Nazism’s victims are still vivid in our memory, the blood is still fresh and the wounds still open, that the day would come when fans of peoples’ (including the Greek martyr people) slaughterers would exist among us.
I blame directly the Greek lawmakers and the Greek politicians for showing no respect to the victims but also to the fighters against Nazism who contributed -with their sacrifices- to the global victory of Freedom, Democracy, Humanism and Civilization and eliminated the monstrous Hitlerism-Nazism, so that they can now be free to legislate and govern in a free country with free people.
I also accuse the Members of Parliament of all parties that agree to coexist in the Temple of Democracy with people who belong somewhere else, not only outside the Parliament, but also outside the Greek society.
Naturally, those who have the primary and greatest responsibility are the ones that drafted and voted for the current Constitution, for failing to include a special article that would prohibit the revival in any way of fascism-Nazism. Our country was then just coming out of the seven-year tyranny of the fascist junta. But it seems that this fact didn’t influence them. Besides, at the same time when resistors defenders of Democracy were groaning in the torture chambers of the Special Interrogatory Department of the Greek Military Police and in Bouboulinas street, they were trying out the suits of their forthcoming power ...
To me, the polling percentages say nothing. Just remember that the civilized, supposedly, German people voted for Hitler in an overwhelming percentage.
I would not want to remind personal opinions, but I am forced de facto to emphasize again that in the midst of crises, especially very deep crises like the one we are going through now, it is impossible for the electorate to stay untouched by the dominant climate of frustration, confusion and protest that blurs both reason and conscience of people. That is why it was imperative for the State to set immediately after 1974 red lines that would protect us even against ourselves, if necessary. I hope it will do so now.
But, I am sorry to say, I believe that we should not wait for the Law to protect the supreme goods of Freedom and Humanity. The basic defense should and must arise from the Greek society itself. The blatant presence of the Golden Dawn shows us that, unfortunately, the great crisis that leads to Chaos is not only financial but primarily a crisis of values. Especially for us Greeks, it is the values ​​that have enabled us to face victoriously throughout the centuries major and dangerous ordeals, while remaining true to the basic principles of Hellenism.
Athens, 09.05.2013,
Mikis Theodorakis